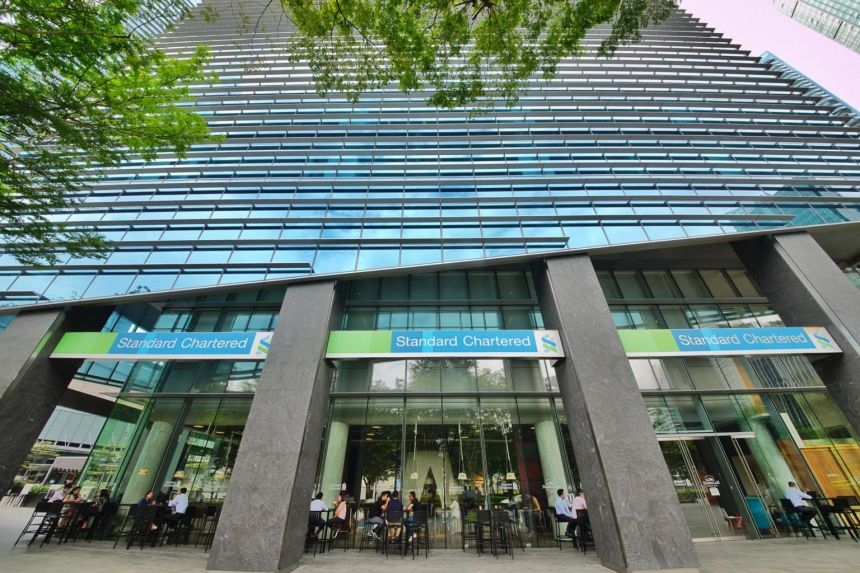 Standard Chartered is weighing options to downsize its office space in what could become the biggest floor cuts by a bank in Singapore in recent years, according to people familiar with the matter.

The London-based bank is weighing options that would see it give up some of the 21 floors it leases at Marina Bay Financial Centre Tower 1 in the business district, according to people familiar with the matter, who requested not to be named because the matter is private.

An option for the bank is to cut a minimum of four floors - the equivalent of about 80,000 sq ft - one of the people said. The plans are under discussion and subject to change, the people said.

Standard Chartered is among a number of global banks that are moving to permanent hybrid working following the Covid-19 pandemic. Should it proceed with its plans in Singapore, it could be the biggest office space cut among lenders in the city in recent years, mirroring a similar downsizing it is undertaking in Hong Kong. It will join a list of other global banks like Citigroup, DBS Group Holdings and Mizuho Financial Group.

Standard Chartered may be even more aggressive in trimming, as it needs to retain only four floors to keep its logo on the building's facade, the people added. One option is cutting its space by half, one of the people said. The bank is an anchor tenant in the building, which is part of a three-tower complex managed by Raffles Quay Asset Management.

The company is looking to optimise its offices in Singapore while boosting the wellness of its employees by providing amenities including gyms.

It is also trying to make better use of its massive facility at Changi Business Park, according to people familiar with the matter. It is renovating the place to make it an open, university-campus style workplace, where there are more collaborative spaces that even the public can use, one of the people said.

Standard Chartered said in an e-mailed statement that the company constantly reviews its workplace environment to make it more open and campus-like, embracing new ways of working.

Currently about 80 per cent of the company's employees in Singapore are on a flexible working arrangement, it added, declining to comment further on its office rental plans.