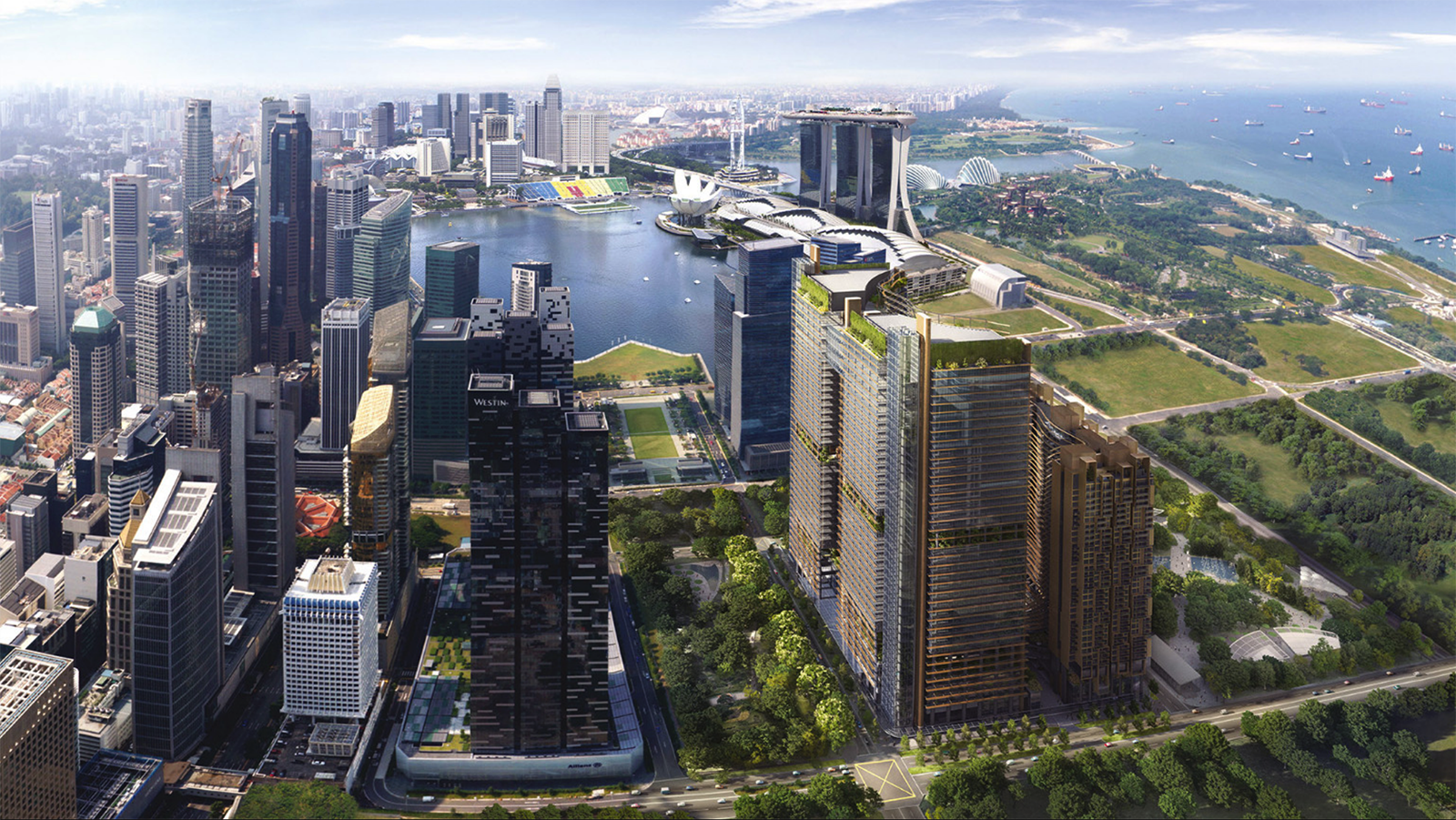 SINGAPORE'S Central Business District (CBD) has transformed over the last decade or so. It expanded with the new business and financial precinct of Marina Bay, which houses Grade A office space at developments such as Marina Bay Financial Centre, Marina One and Asia Square.

Older parts were rejuvenated with the completion of integrated projects offering Grade A office space such as South Beach at Beach Road, and Guoco Tower at Tanjong Pagar.

Office rents, which were falling over the later part of 2019 and through 2020, are rising in the first half of 2021, according to the Urban Redevelopment Authority (URA).

Property consultants are generally upbeat about prospects for superior quality Grade A office space in sought-after locations in the CBD.

With a high vaccination rate in Singapore and the country opening up, could the office crowd return to the CBD?

But, even if restrictions on working in the office are relaxed further, digitalisation may enable greater adoption of remote working and reduce demand for office space. Might a future ready CBD be much less office-centric?

Second Minister for National Development Indranee Rajah said in this year's budget debate: "The disconcerting quiet of the CBD during circuit breaker sharpened the importance of planning for more mixed-use in our city centre."

Since 2019, the government has offered incentives to encourage older office buildings in the CBD to convert into mixed-use developments, with offerings such as hotels, residences, gyms, grocery stores and eateries. The SDI similarly incentivises landlords to come together to redevelop and transform precincts in strategic areas across Singapore.

Minister for National Development Desmond Lee said at the World Cities Summit 2021 that Singapore will need to review its broader approach to land use and city planning in the longer run. He said that with remote working, issues such as how much office space is needed and how work places and homes should be designed have to be relooked.

In July, the URA launched the public engagement for the Long-Term Plan Review (LTPR) exercise. The LTPR is carried out once every 10 years to review the government's plans for long-term land use over the next 50 years and beyond.

In recent years, high-end homes have been built in the CBD, such as Marina Bay Residences, Marina One Residences, South Beach Residences and Wallich Residence.

And more residential stock is being developed in the CBD, which in future may more correctly be called the Central District instead.

In May, subsidiaries of SingHaiyi, Chip Eng Seng and Chuan Investments successfully tendered for the en bloc acquisition of Maxwell House in Tanjong Pagar. This office building, built in 1971, will be redeveloped into a mixed-use development, with around 80 per cent zoned for homes and 20 per cent for commercial use.

Last week, International Plaza in Tanjong Pagar was put up for collective sale with a reserve price of S$2.7 billion.

An application has been submitted to the URA for International Plaza to be redeveloped at a gross floor area of around 1.8 million square feet (sq ft), based on commercial use with 40 per cent non-commercial uses such as residential.

Demand for private homes in the CBD is healthy. Developments that were launched for sale this year - Midtown Modern in the Beach Road area and One Bernam in Tanjong Pagar - have sold around 70 per cent and 24 per cent of total units, respectively, as at July.

A white site is one where various uses are allowed, although the government may stipulate a minimum component or a maximum component of a specific use or specific uses. White sites come up for tender infrequently in the CBD and typically attract big price tags.

In 2016, a 99-year leasehold white site with a mandatory office component along Central Boulevard in Marina Bay was awarded to Malaysia's IOI Properties Group for S$2.57 billion or S$1,689 psf per plot ratio (ppr).

Other white sites in the CBD on which Guoco Tower and Asia Square were built also have large office components.

In two weeks time, the tender will close for a white site at Marina View after an unnamed developer, which is reportedly an entity linked to IOI, successfully applied for the site's release from the Reserve List of the Government Land Sales Programme, with a bid of S$1.508 billion or about S$1,379 psf ppr.

The winning bid could approach S$2 billion if the price psf ppr tops that paid by IOI for the Central Boulevard site.

What is different about this white site is its small office component. When developed, the site's large residential and hotel components will accentuate the CBD's transformation into a multi-faceted district.

Family offices have continued to grow in Singapore through the pandemic. Could the new development at Marina View specifically target this segment?

The homes could be conceived as high-end live and work spaces that are used by foreign principals of family offices when they are in town.

Encounters in the curated spaces can lead to wealthy families networking, exchanging ideas and collaborating. Think a mix of luxury homes to unwind and spaces for co-creation.

The new hotel at Marina View can aim to be the top luxury hotel, leveraging on its advantage of being purpose built to meet the demands of the post-pandemic traveller.

Perhaps there will no big ballrooms as demand for the use of such facilities falls. There will be a strong wellness component, lots of nature and large guest rooms that provide the comforts of a home.

Given the price tag of the Marina View site, big groups may jointly bid. Might foreign parties with track record here, be it IOI, or Hong Kong groups such as Hongkong Land, CK Asset Holdings or Sun Hung Kai Properties, or Australia's Lendlease fancy snaring the site?

Singapore-listed groups, which have been active in the CBD, such as CapitaLand, Keppel Corporation, City Developments, Singapore Land Group or GuocoLand, or large unlisted groups here such as Far East Organization, Mapletree Investments, Allgreen Properties and Pontiac Land Group may want to bid aggressively.

There will be much excitement over who secures the Marina View white site, the price of the top bid, and the concept that will be unveiled. Ultimately, Singapore wins if its CBD continues to draw credible players to develop great mixed-use projects that re-make the CBD into a more vibrant live, work, play destination.

Various parts of the CBD, whether new or rejuvenated areas, need no longer be quiet when office workers leave their offices or work from home.