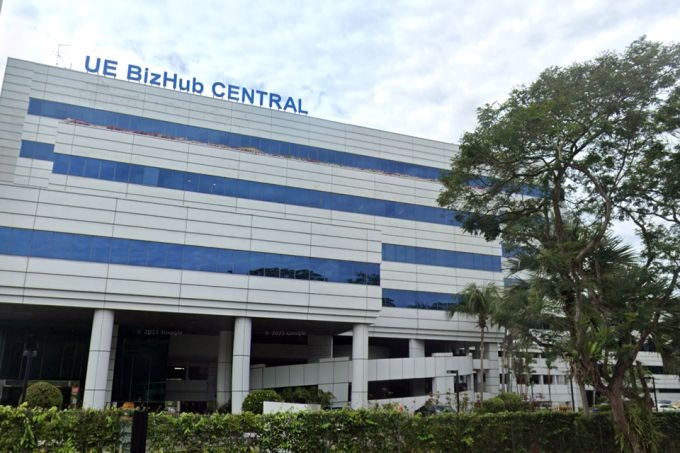 This is a part 4-storey, part-7 storey high-specification facility with about 388,000 sq ft gross floor area (GFA) on a site of some 259,150 sq ft with 22 years' balance lease. The reversionary owner of the site is JTC Corporation.

Apple has been leasing a few floors in the building, amounting to 30 per cent of the GFA, from United Engineers and as part of its lease agreement is said to have right of first refusal to purchase the property - which Apple has exercised. JLL had previously marketed UE BizHub Central for sale.

United Engineers bought the property in 2010 from Motorola.

UE BizHub Central is just across the road from Apple's own built-to-suit facility at 7 Ang Mo Kio Street 64, on a site with a balance lease term of 24 years.

The Cupertino, California-headquarted tech giant expanded to the next-door UE BizHub Central in 2012 to cope with its growing business activities in Singapore.

Market watchers say that following its acquisition of this property, Apple can cater to its near-term expansion plans in Singapore by taking over the rest of the space in UE BizHub Central which is currently occupied by vendor United Engineers and its units.

United Engineers can easily relocate to one of its other buildings in Singapore, say observers.

On the UE BizHub Central site, there is also potential for Apple to build a new block on a chunk of this site which is currently a surface car park.

Under the Urban Redevelopment Authority's Master Plan 2019, the site is zoned for Business 1 use with 2.5 plot ratio, which means it can have a maximum GFA of close to 648,000 sq ft; this is some 67 per cent more than the existing GFA.

The acquisition of UE BizHub Central was made by Singapore-incorporated Apple South Asia, the same entity that owns the 7 Ang Mo Kio Street 64 property.

Apple also has a presence in the one-north area, where it has leased part of the 18-storey Innovis at 2 Fusionopolis Way from JTC. Within its premises at this building, Apple has its own kitchen/F&B facilities whipping up meals for staff and guests, and a large, well-equipped gym.

Industry sources say Innovis is where Apple's corporate functions such as regional management and sales and marketing are housed.

Engineering-related functions including product design and research and development are predominantly done in the Ang Mo Kio premises.

Singapore is Apple's base for Asia-Pacific operations, according to a news release that Apple issued last July to mark its 40th anniversary here.

"Singapore is home to more than 3,500 Apple team members representing over 50 nationalities, and the company supports over 55,000 jobs in Singapore, including through the thriving iOS app economy," Apple said in the release.