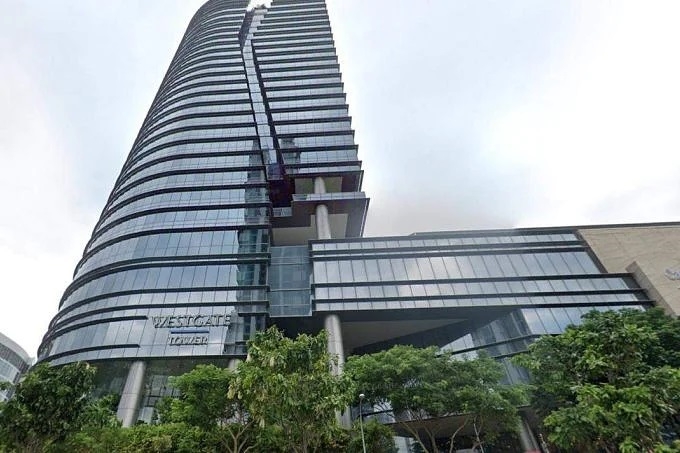 Investor interest seems to be extending beyond the central business district (CBD).

The price works out to slightly over S$2,200 per square foot on the net saleable area of 305,000 sq ft. Westgate Tower is on a site with some 88 years’ balance lease.

Back in the CBD, near Bugis MRT station, Baring Private Equity Asia (BPEA) has been doing exclusive due diligence for a potential purchase of Parkview Square, say sources. The price expectation is around S$900 million or around S$2,700 psf on the net lettable area (NLA) of 340,000 sq ft. The 24-storey art deco-style office development, on a site with 74 years’ balance lease, is owned by Chyau Fwu Development.

Meanwhile, a closed expression of interest exercise for Income At Raffles at 16 Collyer Quay is said to have drawn around 10 submissions, including some joint offers, at the initial closing earlier this month.

The highest offer for the 37-storey, 999-year leasehold office asset, owned by NTUC Income Insurance Co-operative, is said to be in excess of S$950 million or S$3,450 psf on 276,451 sq ft NLA. Three parties were shortlisted to sharpen their pencils and who submitted their improved offers a few days ago. They are understood to be: Indonesian tycoon Sukanto Tanoto of Royal Golden Eagle (RGE) group, Bright Ruby Resources group, and a tie-up between City Developments : C09 +1.39% and BlackRock.

Word on the grapevine is that the other parties that made submissions in the initial closing earlier this month include GuocoLand, TE Capital Partners in partnership with KKR, Angelo Gordon in partnership with TCRE Partners, Asok Kumar Hiranandani of Royal Group, Keppel Land in a tie-up with Alpha Investment Partners, and BPEA.

Formerly known as Hitachi Tower, the propertyoffers Marina Bay views and sheltered connectivity to Raffles Place MRT station via 30 Raffles Place (the former Chevron House). Income At Raffles’ NLA comprises 253,664 sq ft of offices and 22,787 sq ft of retail space (on Levels 1 and 2). The building also has 148 car parking lots in the basement levels. Its existing gross floor area (GFA) of 415,445 sq ft is 14 times the land area. There is untapped GFA of nearly 30,000 sq ft for the commercial-zoned site, which has 15.0 plot ratio under the Urban Redevelopment Authority’s (URA) latest Master Plan.

In the Bugis area, Parkview Square’s GFA has been maximised but observers point to potential for decanting some mechanical and electrical space in the basement, which also has car parking lots.

Completed 20 years ago, the building could also do with a refresh.

Market watchers told BT that the average monthly passing rent in the property is in the S$7-plus psf level, lower than the S$8-plus psf range at Bugis Junction Towers, where a revamp involving the lower facade, lobbies and lift interiors was completed recently. Additionally, Bugis Junction Towers is on top of Bugis MRT station.

Parkview Square is dubbed the Batman Building or Gotham Tower by some Singapore residents for its design reminiscent of skyscrapers in the fictional Gotham City, home of DC Comics superhero Batman. It was developed on a site bought at a URA tender in 1997 by the late Hwang Chou-Shiuan or CS Hwang, who built up a business empire in Taiwan under the Chyau Fwu name before moving to Hong Kong in the late 1970s and setting up the Parkview Group.

AEW’s purchase of Westgate Tower in Jurong comes soon after the group’s sale of 2 Singapore office buildings this year: the 999-year leasehold 55 Market Street to a Kajima Corporation unit for S$286.9 million (or S$3,450 psf on NLA) and Twenty Anson to KKR for S$598 million or S$2,900 psf. Twenty Anson is on a site with over 84 years’ balance lease.

AEW continues to own 27 office floors at 30 Raffles Place.

Westgate Tower is understood to be 93-94 per cent occupied with an average passing monthly rent at the high-S$6 psf level. CPG, Daimler, Great Eastern and Pfizer are among the tenants in the building.

Preliminary numbers compiled by JLL Research as at Jun 13 show that close to S$4 billion of Singapore office assets have been transacted year to date (this has yet to factor the latest Westgate Tower deal); the figures cover transactions of S$5 million and above involving assets with at least 80 per cent office component.

The property consulting company declined to comment on its role in the transaction.

However, its senior executive director and head of capital markets for Singapore, Michael Tay, said that institutional investors are starting to take note of what’s happening in Jurong East, including the government’s plans to develop the area into a major commercial hub outside the city.

On the overall Singapore office investment market, Tay said: “In spite of headwinds from the macroeconomic situation including high interest rates and geopolitical uncertainty, investors remain keen on Singapore office assets. This is underpinned by relatively healthy economic conditions and office market fundamentals, i.e. tight supply and diversified demand drivers including from the tech, wealth management, insurance and biomedical fields.”

Sun Venture and Low Keng Huat teamed up to buy Westgate Tower in 2014 for S$579.4 million or about S$1,900 psf on net saleable area from CapitaLand, CapitaMalls Asia and CapitaMall Trust.

Westgate Tower is the office component of the Westgate integrated development which also includes the Westgate mall. The trio developed the project on a site clinched at a URA tender in 2011 for S$969 million or S$1,012 per square foot per plot ratio (psf ppr). The mall is now held by CapitaLand Integrated Commercial Trust.

By Kalpana Rashiwala, Business Times / 20-May-2022 Meta also seen as an anchor tenant contender for the project, which is expected to receive TOP in Q3 2023 Read More

By Corinne Kerk, Business Times / 20-May-2022 ASIA Green, a premium Grade A commercial development located at 7 and 9 Tampines Grande has been put on the market via an expression of interest (EOI) exercise Read More

By Helene Tian, Business Times / 11-May-2022 The portfolio of office units at Cecil Street comprises a total of 22 strate units across four levels with a total area of 24,477 square feet. Read More