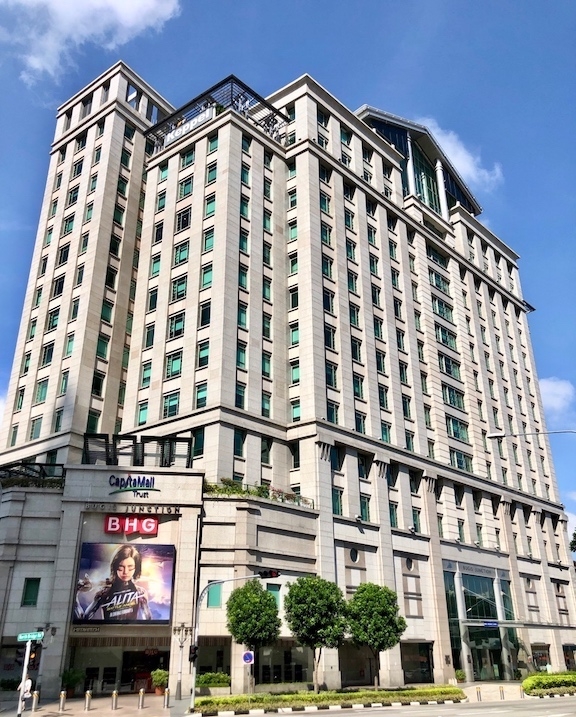 THE Singapore commercial property market continues to buzz. One of the latest deals is that for Bugis Junction Towers, where Sun Venture Group is said to be doing exclusive due diligence with a view to buy the 15-storey office block for between S$675 million and S$680 million.

Over in Peck Seah Street, Kajima is paying S$111.1 million for Nehsons Building, an almost 50-year-old office building, which when redeveloped, will add to the area’s gentrification.

The buzz is also extending to the industrial property segment. An entity linked to LaSalle Investment Management is understood to be acquiring Victory Centre, a 7-storey ramp-up facility near the Aljunied MRT station, for S$90 million.

The current rising-interest-rate environment makes it challenging for investors to make real estate acquisitions with “positive carry”, that is, a situation in which the property yield exceeds borrowing costs.

However, Savills Singapore executive director Alan Cheong pointed out that not all funds are mandated to make only acquisitions that yield positive carry. “Instead, acquisitions may be skewed towards the exit price, with prospects of outsized capital gains in the short to medium term to offset the negative carry during their holding period.

“Why this capital appreciation is likely to happen is, firstly, there is inflation in the system; secondly, there is a limited supply of good-quality prime CBD offices. This also applies to other property segments in limited supply, such as conservation shophouses and industrial properties on sites with more than 30 years’ balance lease term.”

The price at which Sun Venture is doing due diligence for Bugis Junction Towers is close to S$2,720 per square foot on the net lettable area (NLA) of 248,853 sq ft, The Business Times understands. Market observers estimate the net yield for the transaction to be at 3 per cent. The office asset, located above Bugis MRT station, has about 94 per cent occupancy, and monthly average rents on existing leases are at the S$8-plus psf level. The anchor tenant in the building is Enterprise Singapore.

Bugis Junction Towers is part of a mixed development which also includes the InterContinental Singapore and Bugis Junction mall; the site has about 67 years left on its lease.

The office component is owned by a consortium led by US-based private equity group Angelo Gordon, which bought the asset for S$547.5 million in late-2019. Home-grown TCRE Partners has a minority stake in the consortium, which this month completed a S$10 million revamp of the lower facade, lobbies and lift interiors.

Cushman & Wakefield has been marketing Bugis Junction Towers for sale by private treaty.

Preliminary numbers compiled by JLL Research as at Jun 28 show that S$4.7 billion of Singapore office assets have been transacted in the year to date, including the Westgate Tower deal. The figures cover transactions of S$5 million and up, and involving assets with the office component accounting for at least 80 per cent.

Along Peck Seah Street, an indirect wholly-owned unit of Tokyo-based Kajima Corporation is buying the 9-storey Nehsons Building from a Singapore-incorporated vehicle controlled by an Ng family from Malaysia, which developed the property on a 99-year leasehold site that it bought from the government in 1970. This leaves a balance lease of 47 years on the site.

Nehsons Building’s existing gross floor area (GFA) of around 69,240 sq ft slightly exceeds the maximum allowed based on the 5.0 plot ratio for the 13,819 sq ft commercial-zoned site under the Master Plan 2019 of the Urban Redevelopment Authority (URA). The property is not eligible for the CBD Incentive Scheme. It falls just outside the boundary for one of the 3 areas earmarked by URA for the scheme, which aims to incentivise owners of older, predominantly office buildings to redevelop their properties into mixed-use projects and inject more buzz into the area by giving them additional GFA.

Nevertheless, observers say there is potential for Kajima to optimise Nehsons Building by redeveloping it into a mixed-used asset that includes commercial and residential components.

CBRE is understood to have brokered the sale of the building.

Meanwhile, in the industrial property sector, Victory Centre, which LaSalle Investment Management is buying, is on a site with about 50 years left on the lease.

Located at the corner of Sims Drive and Aljunied Road, the light industrial building is being sold by James Koh’s Fragrance Group, which developed the building on a 67,944 sq ft, 60-year leasehold plot that it clinched for S$43.39 million at a URA tender in 2012.

Victory Centre’s gross floor area is close to 170,000 sq ft, reflecting the 2.5 plot ratio (or ratio of maximum GFA to land area) designated for the Business 1-zoned site under the URA Master Plan.

The building’s space has been carved into more than 80 units, averaging about 1,600 sq ft each. It is almost fully occupied, with the passing rent said to average about S$2.50 psf a month.

Besides its location, a key attraction of Victory Centre is that —unlike many other leasehold industrial properties in Singapore — the site is not under the purview of JTC Corporation, and hence not restricted by its policies on assignment of lease and sub-letting. This enables the development to attract tenants who are ineligible for JTC sites.

There is also another draw of this asset: URA sold the site with the condition that the development not be strata-subdivided for sale in the first 10 years upon receiving its Temporary Occupation Permit (TOP). When the 10-year deadline expires in 2025, the new owner may consider applying for strata subdivision and selling the strata units.

Victory Centre has a covered car park and rooftop recreational facilities (including a tennis court, swimming pool and BBQ area).

Earlier this year, a joint venture comprising a fund managed by LaSalle Investment Management and a fund managed by home-grown TE Capital Partners completed the purchase of PIL Building in Cecil Street for S$323.8 million. The JV plans to redevelop the property into a Grade A office project.

By Lisa Kriwangko, Business Times / 13-Jun-2022 The transaction marks the highest psf price ever achieved for an entire floor in Suntec City Tower 2, and the largest transaction by quantum price in 2022 so far Read More