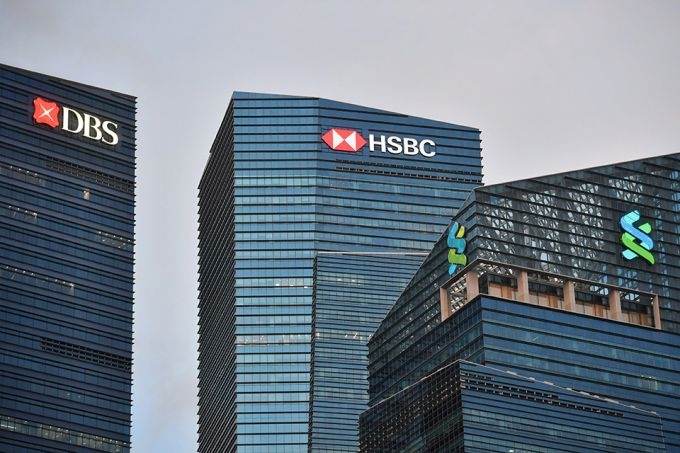 THE asset manager of the Marina Bay Financial Centre (MBFC) has received strong interest from potential tenants for about 200,000 sq ft office space that it has been actively marketing in the development's Tower 1. This is part of the roughly 400,000 sq ft currently leased to Standard Chartered (StanChart) in the tower.

The space being marketed occupies nine-and-a-half floors. "We have received very strong interest from occupiers in a range of industries, given the prominent location and views over Marina Bay," said Rob Garman, executive director of Hongkong Land, which owns a one-third stake in the commercial space at MBFC. He is also a director at Raffles Quay Asset Management (RQAM), the asset manager for the commercial space at MBFC and the nearby One Raffles Quay.

The profiles of occupiers that have shown the strongest interest are tech firms from the United States, China and Singapore, as well as companies in media and financial services, said Mr Garman in response to questions from The Business Times. "We expect to achieve rents of between S$11 and S$12 psf a month. Tower 1 MBFC is a premium-quality asset, in the best location in the CBD, with uninterrupted views of the Bay."

While the final amount of space that StanChart will give up remains uncertain, RQAM continues to market the 200,000 sq ft. Mr Garman told BT that the matter is still under discussion with StanChart.

In all, the London-headquartered bank currently leases 18.5 levels in the 33-storey Tower 1, which has office floor plates ranging from 18,000 sq ft to 22,000 sq ft. BT understands that the bank's lease expires in late-October 2022, with an option for renewal.

StanChart also has its own premises in Changi Business Park.

When contacted, the bank said that since April 1, it began piloting a programme where up to 80 per cent of its employees in Singapore will have more flexible work arrangements, including working from home. It also has a global partnership with International Workplace Group (IWG), which provides near-home workspaces across 3,500 locations. "Our employees in Singapore can choose to utilise this service occasionally, should their current home environment be unconducive for work and if their job role allows them to."

Talk in the market is that StanChart exercised its rights under the lease contract to release four-and-a-half floors around 2014/2015. A couple of years ago, it negotiated to release another floor.

At the neighbouring MBFC Tower 2, the bank had previously leased for around four years Levels 9 and 10 totalling nearly 50,000 sq ft under a sublease agreement.

The MBFC project was developed in two phases. Office towers 1 and 2 were part of the first phase, which received Temporary Occupation Permit (TOP) in 2010. Tower 3, in the second phase, received TOP in 2012.

In all, the MBFC development has nearly three million sq ft of office space and about 180,000 sq ft of retail space.

It was developed by a tripartite consortium comprising Hongkong Land, Keppel Land and Cheung Kong Holdings. The same consortium had earlier developed One Raffles Quay (ORQ), with two office towers and a small amount of retail space. ORQ received TOP in 2006.

At ORQ's North Tower, about 95 per cent of the 200,000-plus sq ft on the top 12 floors of the 50-storey tower vacated by UBS has been committed. The UBS lease expired at the end of last year.

Tenants signed up include L'Oreal, which is taking 67,000 sq ft; The Executive Centre (for the top two floors) and Canadian pension fund OMERS, which has leased about 19,300 sq ft.

Capital International has also leased 58,000 sq ft of the ex-UBS space; it will be vacating two floors totalling nearly 36,500 sq ft in the tower's lower-zone.

Market watchers note that banks and other financial institutions had already started rationalising their office footprints here after the Global Financial Crisis (GFC); the pandemic and work-from-home practice have speeded up this process.

Andrew Tangye, executive director and head of office leasing advisory at real estate consultancy JLL, said: "Banking and finance used to dominate demand for offices in the CBD but post-GFC many of the banks, particularly the foreign ones, have had to restructure their business models to comply with the requirements of the financial regulators, deal with digital disruption to meet consumer needs and other forms of competition. This process was occurring before Covid-19 and the pandemic has accelerated further change in the composition of their space needs in Singapore for some banks."

Ashley Swan, Savills Singapore executive director of commercial, said: "What is crucial is whether occupiers in other sectors can make up for the reduction in office demand from financial institutions. Besides tech companies, there are also expansion pockets in a range of sectors, from fast moving consumer goods (FMCG) to wealth management. Singapore remains a port of call for a lot of corporations and will continue to do so.

"Another mitigating factor for the office leasing market is a delay in completion of new office supply."

A new age for office space: What happens to the office market when offices adapt?

By Nisha Ramchandani, Business Times / 15-May-2021 According to URA, rents of office space in Singapore's central region rose 3.3 per cent quarter on quarter in Q1 2021 Read More

By Tay Suan Chiang, Business Times / 14-May-2021 Offices that give employees plenty of flexibility are the new normal. Read More

By Nisha Ramchandani, Business Times / 04-May-2021 Tanglin Shopping Centre, which is mounting its fourth attempt, is gunning for a reserve price of S$785 million Read More