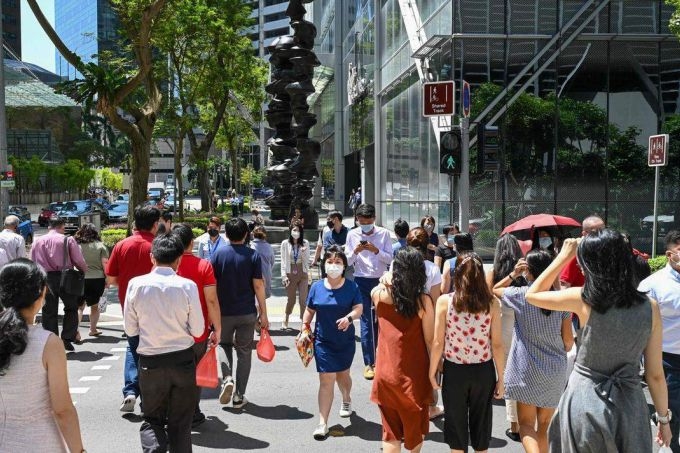 Year on year, deals for this segment declined by 48.1 per cent, as the supply of strata office units shrunk, said Knight Frank in a report on Tuesday (Aug 2).

“With the recent successful collective sale of a few strata commercial buildings, existing owners of other strata buildings may be holding on to their units in hopes of also embarking on the enbloc route,” said Mary Sai, Knight Frank Singapore’s executive director of capital markets.

The Downtown Core Planning Area recorded the highest volume of sales in H1 2022, with 45 units sold. A majority of these transactions were for strata offices in older buildings which had en bloc potential or were launched for en bloc.

Notably, High Street Centre and Shenton House recorded a combined total of 9 transactions in H1 2022. A strata office unit occupying an entire floor at Suntec City Tower 2 was also sold for S$38.8 million in June at around S$3,300 psf.

The number of strata retail transactions continued to gain ground in H1 2022 as the removal of limits on gathering size and operating hours spurred renewed interest in this segment.

Looking ahead, Knight Frank expects sales activity for the strata retail space to pick up in the coming months as the retail sector is no longer held back by safe management measures.

Total transactions for strata office units could also hover in the range of S$600 million to S$700 million for the whole of 2022, as demand for this segment continues.

By Lisa Kriwangko, Business Times / 13-Jun-2022 The transaction marks the highest psf price ever achieved for an entire floor in Suntec City Tower 2, and the largest transaction by quantum price in 2022 so far Read More