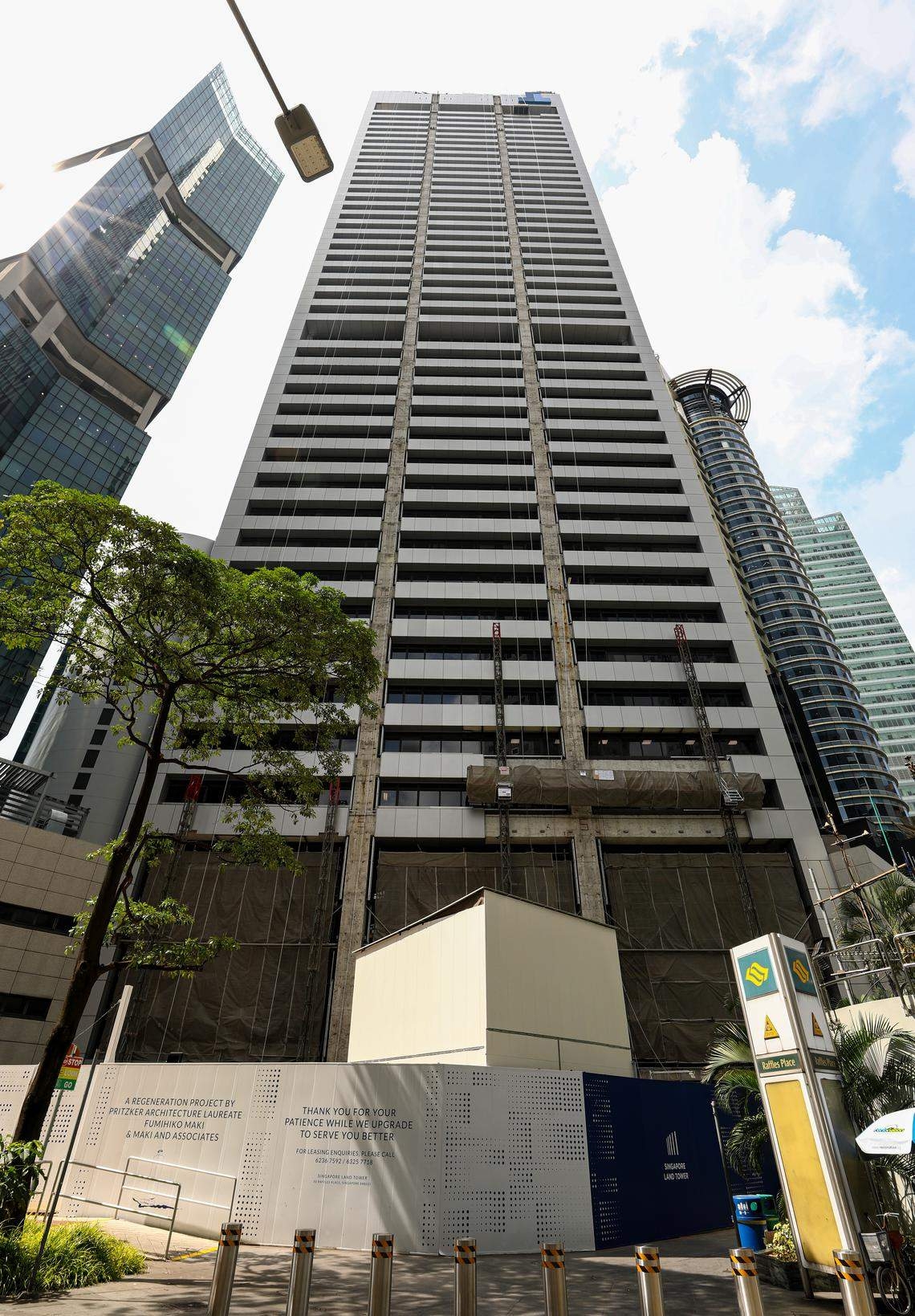 CLIFFORD Centre, an ageing office and retail property in Raffles Place that once housed the Stock Exchange of Singapore, Bank of America and the Robinson’s Downtown Store, is headed for a redevelopment.

Its owner, Singapore Land Group, obtained the Urban Redevelopment Authority’s (URA) provisional permission in February to redevelop the 999-year leasehold site into about 492,000 sq ft gross floor area (GFA) of offices and 52,000 sq ft of retail space. The combined GFA of 544,000 sq ft will be about 36 per cent more than Clifford Centre’s existing GFA of 401,138 sq ft as stated in SingLand’s latest annual report.

The total GFA is roughly 15 times the site area of 36,000 sq ft, in line with the 15.0 plot ratio for the commercial-zoned site stipulated under the URA’s latest Master Plan.

The new development on the Clifford Centre site, when completed in say, 5 years’ time, should still be able to capitalise on the office supply shortage situation in the CBD brought about by the scarcity of office development sites in the area under the Government Land Sales Programme.

Clifford Centre’s existing net lettable area is about 279,000 sq ft and its committed occupancy as at the end of last year was 89 per cent. The building has 268 car parking lots.

Current office rents in the building, which has dual frontage along Raffles Place and Collyer Quay, are said to be about 20 per cent lower on average than in nearby buildings that have been refurbished recently.

Clifford Centre was built in the 1970s.

CBRE’s senior executive director and head of capital markets for Singapore, Michael Tay, said a redevelopment of Clifford Centre is timely and will contribute to the rejuvenation of the traditional Raffles Place financial district.

“The new development on the Clifford Centre site, when completed in say, 5 years’ time, should still be able to capitalise on the office supply shortage situation in the CBD brought about by the scarcity of office development sites in the area under the Government Land Sales Programme,” Tay added.

A stone’s throw from Clifford Centre, SingLand has also been doing a major refurbishment of its flagship Singapore Land Tower. This began in early 2021; completion is scheduled for 2023.

A new façade with a low-emissivity double-glazed external curtain wall system, energy-efficient lifts and lightings, and parking lots for electric hybrid cars are among the green features to be added during the refurbishment.

Revitalised communal spaces at Singapore Land Tower will include a podium roof garden, a grand canopy and a covered walkway linking pedestrians to Raffles Place MRT Station, according to SingLand’s annual report.

Last year, when United Industrial Corporation (UIC) was seeking shareholders’ approval for a name change to Singapore Land Group, its then chief operating officer Jonathan Eu said that as part of a groupwide refresh, the company is looking to optimise its portfolio, which includes “Grade-A location, but Grade-B quality” assets.

Besides Singapore Land Tower and Clifford Centre, the group’s key properties include SGX Centre in the CBD, as well as The Gateway, Tampines Plaza 1 and 2, and West Mall in the city-fringe and suburban areas. Eu is now SingLand’s CEO.

By Kalpana Rashiwala, Business Times / 20-May-2022 Meta also seen as an anchor tenant contender for the project, which is expected to receive TOP in Q3 2023 Read More

By Corinne Kerk, Business Times / 20-May-2022 ASIA Green, a premium Grade A commercial development located at 7 and 9 Tampines Grande has been put on the market via an expression of interest (EOI) exercise Read More

By Helene Tian, Business Times / 11-May-2022 The portfolio of office units at Cecil Street comprises a total of 22 strate units across four levels with a total area of 24,477 square feet. Read More