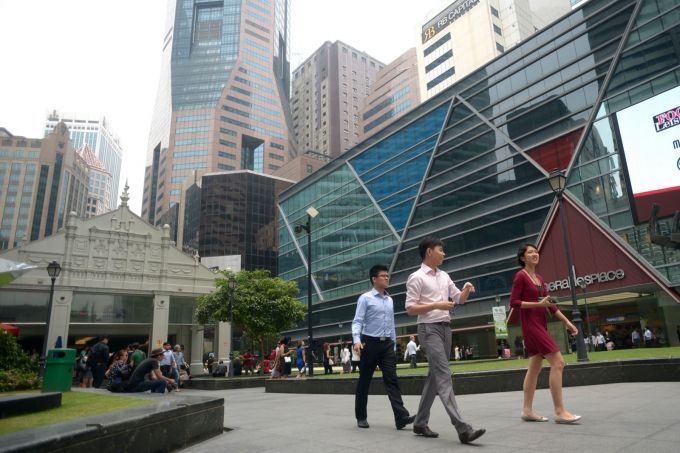 SINGAPORE office rents have turned a corner and look set to bottom out in Q3 2021, according to Knight Frank's quarterly office market bulletin.

The real estate consultancy firm reported that prime-grade office rents in the Raffles Place/Marina Bay precinct grew for the first time since Q4 2019, with rents rising by 0.2 per cent quarter on quarter (qoq) to S$9.98 per square foot per month.

"The decrease in shadow space was expected as the flight-to-quality continued with corporates taking advantage of the rare opportunity to snap up premium spaces in prime buildings that were normally fully occupied, before rents start to increase significantly," Knight Frank reported.

Growth in rents was also driven by co-working operators, which expect demand for flexible work spaces to rise in the post-pandemic work environment.

Meanwhile, in a Tuesday report, JLL noted that following the pandemic, the government is expected to focus on developing suburban hubs to bring jobs closer to homes.

Tay Huey Ying, head of research and consultancy at JLL Singapore, said: "There is likely to be little or no office land releases in the CBD in the short to medium term. Guoco Midtown and Central Boulevard Towers are likely the last of fresh office injections on greenfield land within the CBD. Beyond that, we may see a reduction in office spaces as more older buildings are converted to mixed-use developments to take advantage of the CBD Incentive Scheme."

However, JLL added that demand for offices will "remain healthy", driven by growth in the fintech, asset management and healthcare sectors.

"Additionally, Singapore remains a safe place to live and operate amid the pandemic, drawing technology firms, wealth management and family offices, amongst others, to set up offices in the city," the real estate services company said.

Over the next few years, JLL expects Grade A office rents to continue their climb, potentially gaining 23 to 30 per cent by 2025.

In its Wednesday report, Knight Frank also noted that demand for the upcoming supply of space from new office developments appears strong. For example, more than 90 per cent of CapitaLand's upcoming integrated development CapitaSpring's space is already pre-committed or in advanced negotiations. This includes leases from IMB subsidiary Red Hat and Sumitomo Mitsui Banking Corporation.

"This re-emphasised the appeal of Singapore as a neutral, accommodative and stable business node, drawing multinational corporations to quality office spaces in the city," Knight Frank said.