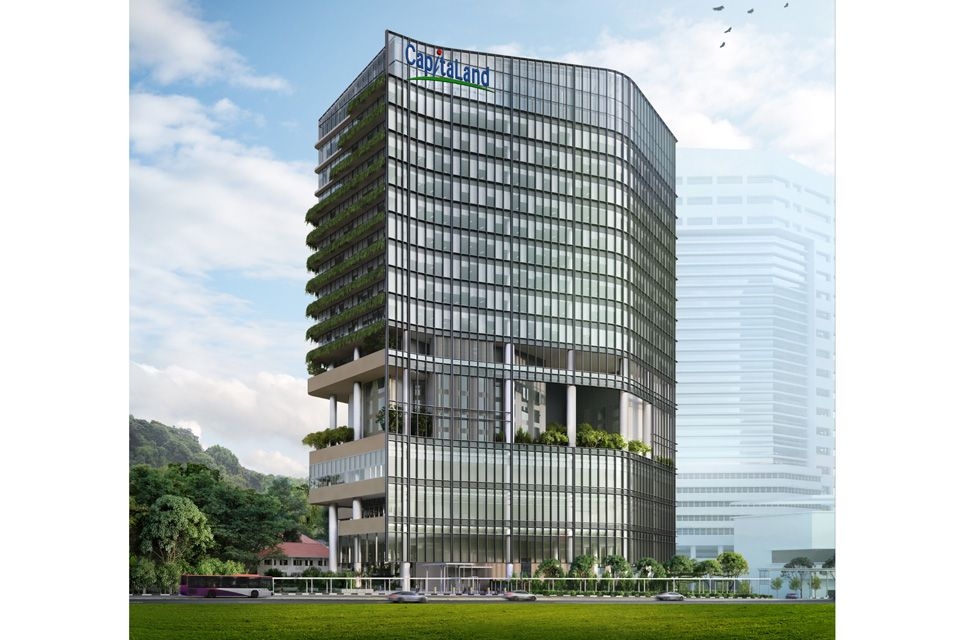 The Singapore-based, New York-listed group is expected to lease most of the office space at CapitaLand's upcoming Rochester Commons development in the one-north area, The Business Times understands.

Rochester Commons has about 200,000 sq ft of office space in the upper part of a 17-storey tower in the development; the typical floor plate size is about 22,500 sq ft.

Market watchers suggest that Sea may be paying a gross effective monthly rental in the high-S$7-per-square-foot range for the office space at Rochester Commons.

The space is likely to be for Shopee as well as some of the group's other businesses.

In December, Sea bagged a digital full-bank licence from the Monetary Authority of Singapore and is expected to begin operations next year.

Shopee's business has been growing. The e-commerce platform operates in Singapore, Indonesia, Vietnam, Thailand, the Philippines, Malaysia and Taiwan, and has a small footprint in Brazil, Mexico, Chile and Colombia.

A CapitaLand spokesperson said the group will provide an update of Rochester Commons' leasing status "at an appropriate time".

For the quarter ended March 31, 2021, the revenue of Sea's e-commerce segment, that is, the Shopee business, more than tripled year on year to US$922.3 million from US$263.2 million in the corresponding period of the preceding year.

In the digital entertainment segment, which is Sea's gaming arm Garena, revenue rose 111.4 per cent year on year to US$781.3 million in Q1 FY2021. Garena's bookings, which represent GAAP (generally accepted accounting principles) revenue plus change in deferred revenue, totalled US$1.1 billion, up 117.4 per cent.

On a more positive note, total adjusted earnings before interest, taxes, depreciation and amortisation (Ebitda) was US$88.1 million in Q1 FY2021, contrasting with a loss of US$69.9 million a year ago.

The group has a sizeable presence at Galaxis in one-north, where Sea's headquarters as well as Garena's operations are housed. Galaxis is owned by Ascendas Reit, which is sponsored by CapitaLand.

While Sea has staff in overseas markets, it is also expanding its headcount in Singapore, where it is headquartered, to drive the expansions.

Rochester Commons is slated for completion in the first half of next year. Besides offices, the tower will include a shared executive learning centre named Catapult, and a 135-room hotel to be operated by CapitaLand's lodging arm, The Ascott Limited under the Citadines Connect brand.

The campus-style development coming up on a 2.4-hectare site will also incorporate 12 heritage black-and-white bungalows, seven of which will house offices, and the other five, F&B/retail spaces.

When contacted, Andrew Tangye, head of office leasing advisory at JLL Singapore, said: "It comes as no surprise to us that Rochester Commons has serious interest because right now, there are limited large contiguous office space opportunities available in the decentralised area until SP Group's building in Pasir Panjang comes up in first-half 2024."

He noted that the Central Business District (CBD) is a traditional favourite choice for many tech firms due to its accessibility and connectivity, the abundance of amenities, modern and good-quality office space options, as well as their ease of attracting and retaining talent.

However, among the tech clusters that have formed outside the CBD, the south-western corridor has emerged as most popular, he added. This corridor comprises:

Calvin Yeo, head of corporate real estate at Knight Frank Singapore, said: "Despite the work-from-home (WFH) trend, tech companies are constantly improving their user experience, so they need to bring their talents back to the office, to work together to innovate and white-board."

He added: "All corporates will have an element of WFH because they want to be prepared for the pandemic. Moreover, flexible work arrangements are also what staff want. Without this element, tech firms would be taking even more space."

It has been reported that the pandemic and WFH practice have accelerated the rationalisation of office footprints, especially by banks and other financial institutions.

On a brighter note, the more-than-200,000-sq-ft space vacated by UBS in One Raffles Quay's North Tower has been backfilled.

Mr Yeo said: "We have companies expanding in Singapore, partly due to relocation from elsewhere arising from geopolitical shifts and to better tap markets in Asean with a growing middle class."

By Kalpana Rashiwala, Business Times / 06-Jul-2021 Rochester Commons has about 200,000 sq ft of office space in the upper part of a 17-storey tower in the development; the typical floor plate size is about 22,500 sq ft. Read More

By Kalpana Rashiwala, Business Times / 22-Jun-2021 Demand for office space is expected to grow on the back of global economic recovery and Singapore's attractive offerings - including good governance, a conducive business environment and talent availability Read More

By Kalpana Rashiwala, Business Times / 03-Jun-2021 Companies in tech, media and financial services are the most keen on the 200,000 sq ft that is being actively marketed Read More