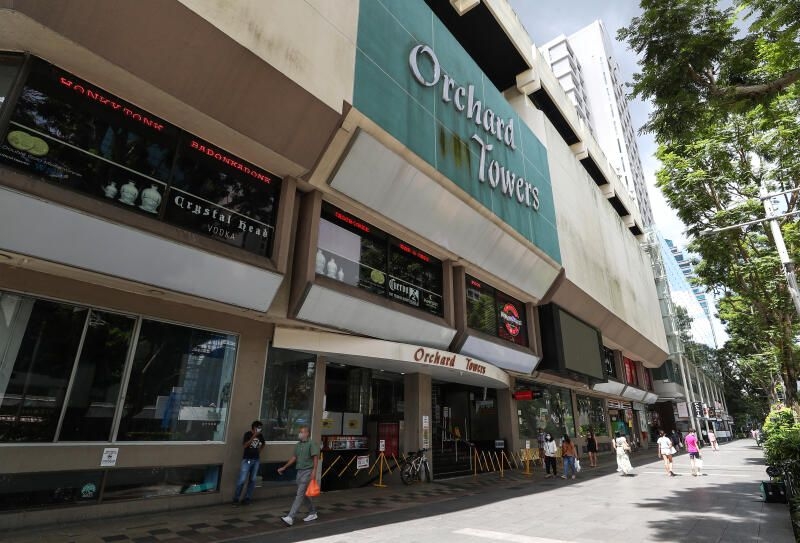 EDMUND Tie has been named the marketing consultant for the potential collective sale of Orchard Towers, while Legal Solutions LLC is the appointed law firm, The Business Times (BT) understands.

The next steps in the process will include determining the reserve price and the method of apportionment of the collective-sale proceeds. At least 80 per cent of the owners will then have to consent before the marketing agent can launch an en-bloc tender.

In a letter dated Aug 17 and seen by BT, Orchard Towers' collective sales committee (CSC) informed owners of the two appointments, and said it has begun preliminary discussions on the various apportionment methods with the advice of both firms.

Committee chairman Callie Yah wrote: "Considering that Orchard Towers is a mixed-use development comprising commercial and residential strata units as well as a strata-titled car park, the CSC is of the view that the method of apportionment would include valuation as one of its components."

The owners have till Sept 1 to send the documents required for an independent valuation of the units.

Before selecting Edmund Tie and Legal Solutions, the committee had invited 12 marketing consultants and seven lawyers to submit their marketing proposals and legal fee quotations.

The CSC was formed following an extraordinary general meeting in April. BT had reported the following month that Orchard Towers was among several ageing buildings in the Orchard Road vicinity that were eyeing collective sales.

ERA head of research and consultancy Nicholas Mak had told BT then that it can sometimes be challenging for a mixed-use development to meet the minimum 80 per cent consent threshold, as there is a higher probability that owners of different types of space may disagree on the apportionment method.

Karamjit Singh, chief executive officer of Delasa (formerly known as Showsuite Consultancy), earlier said that Orchard Towers would be "ripe for redevelopment" due to its age and the dynamic retail and hospitality scene.

Completed in the early 1970s, the freehold development has a plot ratio of 4.9 and a site area of about 6,130 square metres. It spans two buildings, with retail and office space in the front tower along Orchard Road, and some commercial units and 58 private residential units in the rear 25-storey tower along Claymore Road. The development also has 361 car park lots.

A 2007 media report said that Orchard Towers had considered a collective sale in the past.