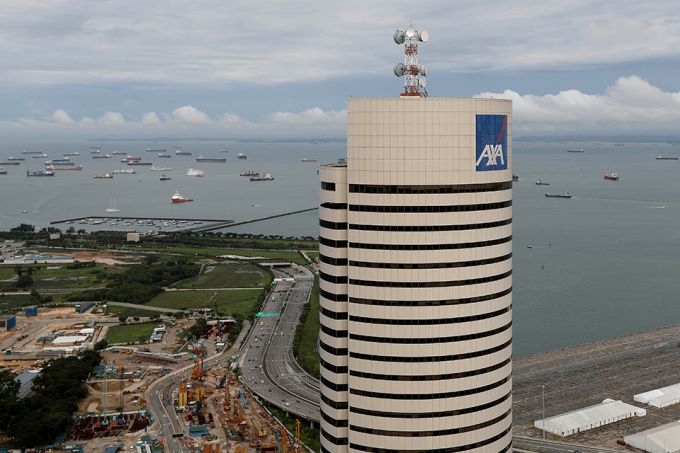 THE redevelopment of ageing office properties in the central business district (CBD) may not necessarily lead to shrinkage of office space in the district in the mid to long-term, contrary to what some market observers expect.

This is reflected in details from the provisional permissions granted by the Urban Redevelopment Authority (URA) in the third quarter for the redevelopments of AXA Tower in Shenton Way and PIL Building along Cecil Street.

The new project on the AXA Tower site, granted URA's provisional nod, is seen to generate about the same if not slightly more office space on a net lettable area (NLA) basis than currently in the building, while the proposed redevelopment of PIL Building will result in a substantial increase in office space on the site.

A joint-venture between Alibaba Singapore and a consortium led by Perennial Holdings has received URA's provisional nod to redevelop the AXA Tower site into a mixed-use project with 847,808 sq ft gross floor area (GFA) of offices, 86,187 sq ft of retail space, 268 apartments and 100 hotel rooms.

BT's back-of-the-envelope calculation suggests the office space could translate to about 678,000 sq ft to 720,000 sq ft NLA, assuming 80 per cent to 85 per cent building efficiency ratio (ratio of NLA to GFA). This is close to or slightly above AXA Tower's existing office NLA of about 680,000 sq ft.

AXA Tower is on 118,230 sq ft of land opposite Tanjong Pagar MRT station with a balance leasehold tenure of 60 years. Its owners are understood to have made an application to the Singapore Land Authority (SLA) to top up the site's lease to 99 years.

Last year, Alibaba Singapore, a subsidiary of Alibaba Group Holding, acquired a 50 per cent stake in the entity that indirectly owns AXA Tower; the deal priced AXA Tower at S$1.68 billion. Alibaba Singapore will jointly redevelop AXA Tower with Perennial-led consortium members, which continue to own the remaining half-stake in the property.

Analysts expect Alibaba to eventually hold the bulk of the office space in the new mixed-development, with a view to occupying it. Alibaba entities including Lazada have been operating in AXA Tower but are relocating to leased premises at Lazada One at 51 Bras Basah Road - while AXA Tower undergoes redevelopment.

Also receiving URA's provisional nod in Q3 was TE Capital Partners, which has formed a consortium that is buying the 17-storey PIL Building for slightly above S$330 million. It has approval to redevelop the property into 212,888 sq ft GFA of offices and 7,707 sq ft of retail space.

BT's calculation points to the office NLA being about 170,000 sq ft to 181,000 sq ft, a big jump from the existing 107,000 sq ft. PIL Building is being acquired by a joint venture between a TE Capital Partners-managed vehicle and LaSalle Investment Management.

In-principal approval to upgrade these 2 plots' tenures to freehold is understood to have been granted.

Edmund Tie's research and consulting head Lam Chern Woon noted that the redevelopment of older office buildings in the CBD will result in displaced tenants looking for alternative spaces in the near term and support leasing activities.

"We see limited supply pressure from the redevelopment as the new office supply is similar to the volume of stock being removed on the whole."

Lam added: "The government is clearly steering away from pure-office uses in the CBD, by providing incentives for more mixed uses to create a live-in environment and improve vibrancy and use of the land. The redevelopment of the older office assets into mixed-use projects will allow various real estate uses to complement one another and enhance the overall living, working and socialising environment for users."