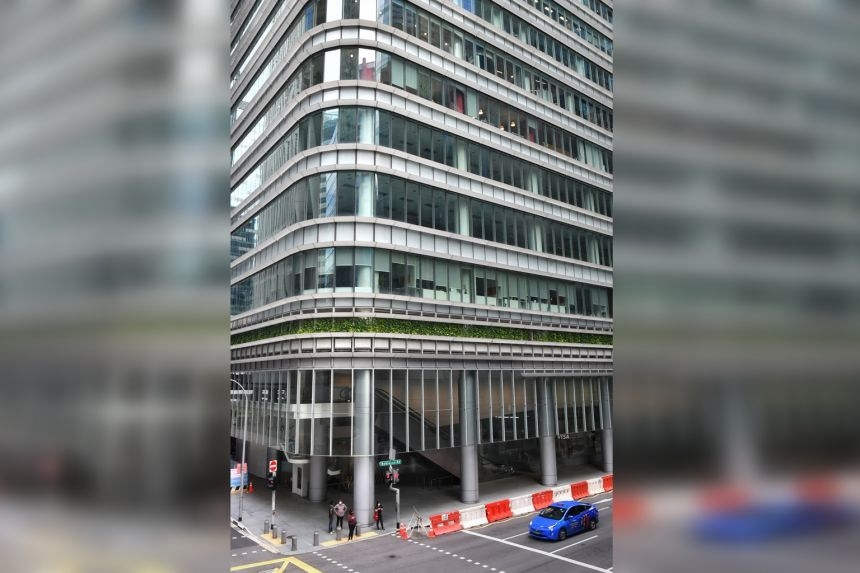 More office space is expected to be freed up or vacated in Singapore in the coming months as companies here review their workplace needs in light of changes brought about by the Covid-19 pandemic.

Over the past year, real estate consultancy firms have seen a significant uptick in the number of companies rethinking - many for the first time - their office work arrangements.

Investment banking firm Societe Generale will be returning one floor space to its landlord at Marina Bay Financial Centre, for instance. Japanese bank SMBC is also planning a move out of Centennial Tower to CapitaSpring next year, according to sources.

Investment bank JP Morgan is also exiting Capital Tower, and when it does, will leave six consecutive floors or 150,000 sq ft available for lease.

Many companies are looking at how they can reduce office space, and save on rent - one of the main costs of running a business, said industry players.

The report forecasts sub-markets like Marina Bay and Raffles Place could see higher vacancy rates over the next two years as more financial institutions - key occupiers in these precincts - continue to pare down office footprints.

In the first quarter of this year, Colliers International saw about 600,000 sq ft of shadow office space returning to the market in the Central Business District (CBD), said executive director of occupier services Bastiaan van Beijsterveldt. He estimated that 35 to 40 per cent of it has been backfilled by other tenants. Shadow space refers to excess space that tenants have leased but are looking to assign or sublet to ease the rental burden.

Savills Singapore's head of workplace strategy Simon Raper said "change management" is currently the most requested service, as many larger companies have already formulated a new workplace strategy with less need for office space, but are struggling with the transition. Flexibility and choice are here to stay, with staff being given the option to work in a third space, be that a home office or membership-based co-working environment, added Mr Raper.

Savills Singapore executive director for commercial leasing Ashley Swan said the majority of firms typically downsize office space by between 20 per cent and 30 per cent.

This year, US agriculture giant Cargill, which used to occupy three floors on levels 17 to 19 of CapitaGreen, reduced its office space by over 30 per cent when it returned level 19 to the landlord.

Preliminary data released by real estate firm JLL last month showed that in the second quarter of this year, rents for Grade A CBD office space rose 1.2 per cent quarter on quarter to $9.90 psf, after five consecutive quarter-on-quarter drops since the Covid-19 outbreak began.

Amid the economic uncertainty, demand is being driven mainly by growth sectors such as technology, wealth management, family businesses and healthcare.

E-commerce firms amazon and lazada have committed to 90,000 sq ft and 140,000 sq ft office space respectively, with amazon taking over some of citigroup's office space at asia square tower and lazada exiting axa tower, which is due for redevelopment.

Meanwhile, Chinese technology company ByteDance continues to expand in One Raffles Quay and at Guoco Tower.

CapitaSpring, which is expected to be completed this year, has more than 50 per cent of its office space filled, with another 15 per cent under advanced negotiation, said a CapitaLand Integrated Commercial Trust spokesman.

She added that Capital Tower has started marketing the upcoming vacancy ahead of JP Morgan's exit and has since received interest from IT and media firms.

DESPITE THE UPTICK, SOME INDUSTRY PLAYERS DO NOT EXPECT RENTS TO EDGE HIGHER GIVEN THE SOFT DEMAND.

ERA Realty head of research and consultancy Nicholas Mak said: "Financial institutions and professional services are the biggest occupiers of office space in the downtown core. If the financial institutions are reducing their office footprint, I don't think that hole can be fully filled by technology firms which are mainly driving the interest now.

"If fewer white-collar workers need to go to the office now, the food and beverage outlets that serve these workers will be negatively affected. Some may be forced to close down before the pandemic is over."

One executive from a multinational company who was tasked to review her company's workplace strategy told The Sunday Times: "We were told that it's a tenants' market. Property consultants have urged us to lock down a location and sign a new lease in the next quarter so that we don't miss the boat since rent is falling.

"Most of our staff do not want to return to the office five days a week. So it doesn't make sense to have so much space in the office." 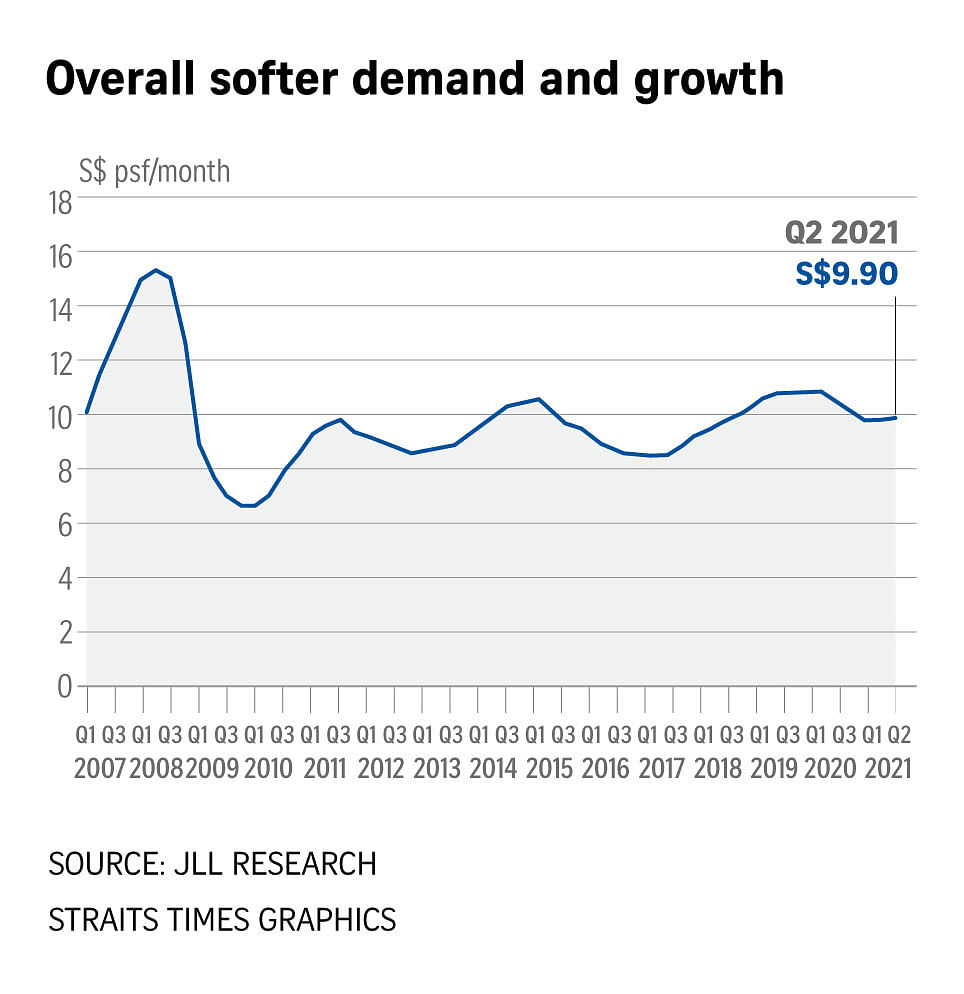 By Kalpana Rashiwala, Business Times / 06-Jul-2021 Rochester Commons has about 200,000 sq ft of office space in the upper part of a 17-storey tower in the development; the typical floor plate size is about 22,500 sq ft. Read More

By Kalpana Rashiwala, Business Times / 22-Jun-2021 Demand for office space is expected to grow on the back of global economic recovery and Singapore's attractive offerings - including good governance, a conducive business environment and talent availability Read More

By Kalpana Rashiwala, Business Times / 03-Jun-2021 Companies in tech, media and financial services are the most keen on the 200,000 sq ft that is being actively marketed Read More