SINGAPORE - The public tender for a plum site in Marina View closed on Tuesday (Sept 21) with just one bid, as developers turned cautious due to its hefty land and development costs and uncertainty over office and hotel sectors in the Central Business District (CBD), analysts say.

They said Boulevard View, an entity linked to IOI Properties Group, is most likely the party that triggered the release for the site’s sale. IOI Properties did not respond to The Straits Times’ queries by press time on Tuesday.

The Malaysia-listed group is developing another white site in Central Boulevard which it acquired for $2.57 billion in November 2016 after triggering its release with a minimum bid of $1.536 billion. That worked out to a land rate of $1,689 psf ppr.

“The hollowing out of the CBD during the pandemic, and the slow and interrupted return to CBD offices may have dampened the confidence in city living by developers,” Ms Tricia Song, CBRE’s head of research for South-east Asia, noted.

The bid from Boulevard View is lower than the most recent Government Land Sales residential sites sold in the CBD, Ms Song pointed out.

“The sites in Lentor Central, Tampines Street 62, Tengah Garden EC (executive condominium), Ang Mo Kio Avenue 1 and Northumberland each garnered seven to 15 bids, and the bid prices were above expectations,” she said.

She attributed lacklustre interest for the Marina View site to competition from unsold residential units in the CBD and potential new supply from redevelopment there.

The white site – intended for a mixed-use development with residential, hotel, commercial and/or serviced apartments – was released under the reserve list of the first-half 2021 Government Land Sales programme.

The tender could have been affected by very high total development costs, which could pose significant risks to the developer.

While the economy is recovering, the pandemic still poses uncertainties, Mr Ong Teck Hui, senior director of research and consultancy at JLL, said.

Developer participation was “below expectation”, due in part to uncertainty over the resumption of global travel and the ongoing manpower crunch in the construction sector, Mr Wong Xian Yang, head of research for Singapore at Cushman & Wakefield, said. 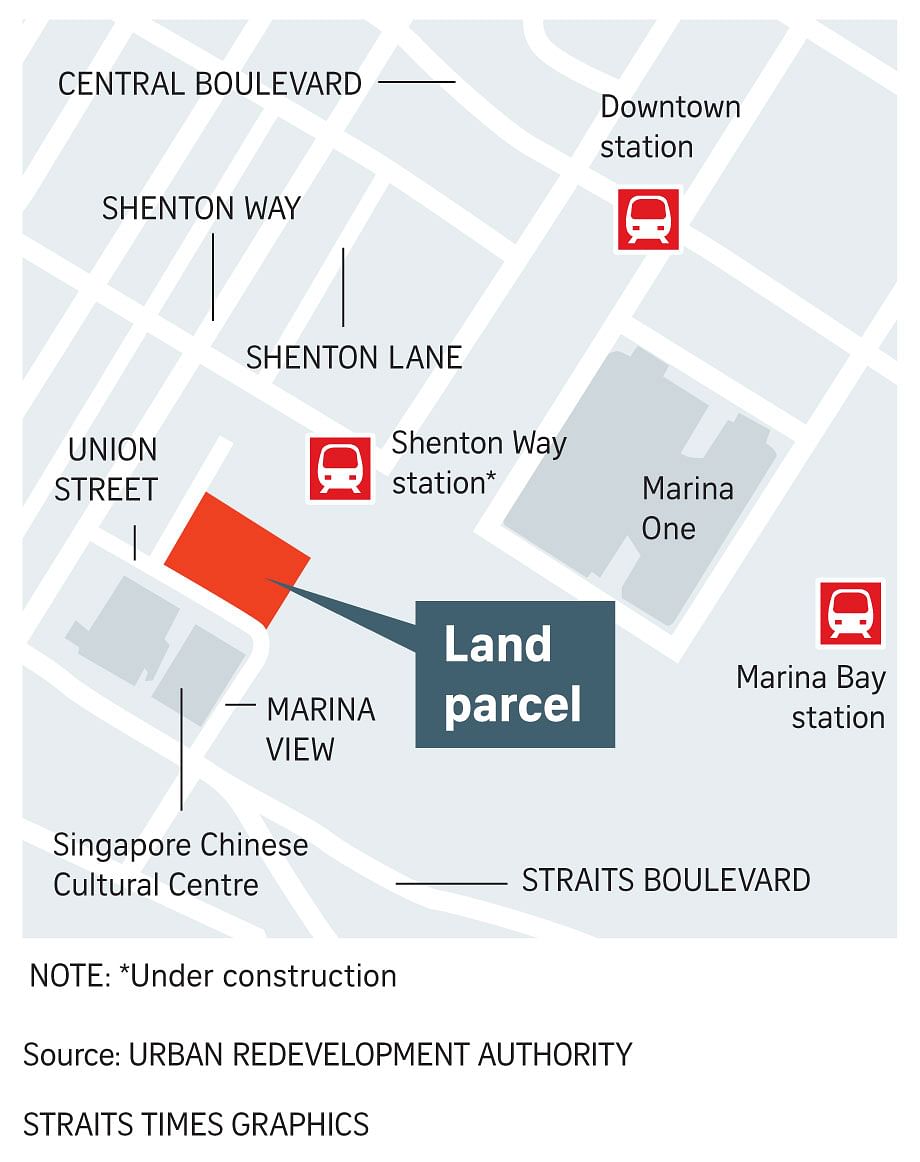 Mr Calvin Li, head of transaction advisory services, hotels and hospitality at JLL Asia-Pacific, said the absence of more bidders suggests that “most investors continue to be cautious about... potentially high development costs associated with an upscale or luxury hotel”.

“This may have put some developers off gigantic-ticket projects,” he said.

By Grace Leong, The Straits Times / 21-Sep-2021 Analysts say developers turned cautious due to its hefty land and development costs and uncertainty over the CBD office and hotel sectors Read More

By Vivienne Tay, Business Times / 16-Sep-2021 The refurbished shophouse is tenanted to a restaurant on the ground floor and offices on the upper levels Read More

CBD offices filling back up, but hybrid work may be here to stay