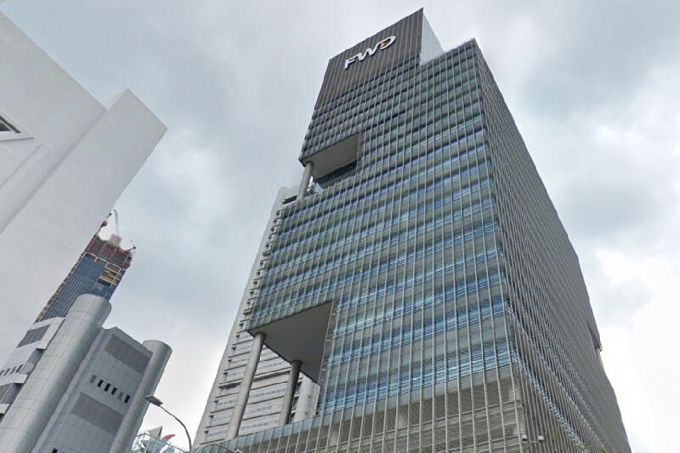 THE Singapore office investment sales market continues to hum, with at least a couple of large deals now closer to fruition.

Word on the grapevine is that a deal is also being hammered out for One George Street. JP Morgan is said to have teamed up with another party to do exclusive due diligence on the asset. Sources suggest JP Morgan's partner is Nuveen Real Estate.

One George Street, a 23-storey office building near Raffles Place MRT station with about 445,735 sq ft net lettable area (NLA), is equally owned by CapitaLand Integrated Commercial Trust (CICT) and insurer FWD Group. Assuming the price is S$2,900 psf, the absolute quantum would amount to S$1.29 billion. One George Street, which is on a site with a balance lease term of slightly over 80 years, is a mature asset that has been built to its full development potential under the current Master Plan.

On the other hand, Twenty Anson, a 20-storey office building owned by US-based real estate investment manager AEW, has untapped gross floor area (GFA) of close to 34,400 sq ft. This means there is potential to expand the existing GFA of about 252,070 sq ft by nearly 14 per cent.

Under the Urban Redevelopment Authority's (URA's) Master Plan 2019, the 27,281 sq ft site is zoned for commercial use with 10.5 plot ratio, which would allow a maximum GFA of around 286,450 sq ft. The site has balance leasehold tenure of 85 years.

Talk in the market is that Gaw Capital is doing diligence for Twenty Anson at around $2,900 psf on the existing NLA of about 206,200 sq ft; based on this, the deal will be nearly S$600 million. The property is 12 years old.

Meanwhile, a transaction is also said to be brewing for ABI Plaza at 11 Keppel Road. This is barely a year after a vehicle linked to a private fund managed by CapitaLand Fund Management completed its S$200 million purchase of the 12-storey freehold office block from listed property group MYP, controlled by the family of Indonesian tycoon Tahir.

The manager of the CapitaLand-linked fund is said to have previously indicated a price of about S$260-270 million when approached by potential buyers and agents. Word on the street is that there is a party working on a potential deal.

ABI Plaza's NLA is about 92,500 sq ft. The building, formerly known as RCL Centre, was completed in 1994. It is on a 20,338 sq ft site with triple frontages along Keppel, Tanjong Pagar and Lim Teck Kim roads.

Market observers point to the property's redevelopment potential: it qualifies for the URA's CBD Incentive Scheme which aims to spur owners of older, predominantly office buildings in some parts of the CBD to redevelop their properties into mixed-use projects. The idea is to inject a live-in population and liven up the area in the evenings and on weekends.

ABI Plaza is zoned for commercial use with a 5.6 gross plot ratio under Master Plan 2019. The building's existing GFA, though, reflects a slightly higher plot ratio.

Under the CBD Incentive Scheme, the ABI Plaza site stands to gain up to 25 per cent more GFA if it were to be redeveloped under either a hotel scheme, or for commercial and residential use. If the site is redeveloped into residential with commercial at first-storey use, the GFA can be expanded by up to 30 per cent.

Market watchers note that despite questions about the strength of office leasing demand in a hybrid-home-office work environment, investors remain keen on the Singapore office market.

Desmond Sim, chief executive of Edmund Tie & Co, said: "Overall Singapore CBD office occupancy rates are relatively resilient and there is limited pipeline supply of new space. Meanwhile, the level of leasing enquiries remains encouraging. These factors have emboldened overseas funds with value-add or core mandates to pursue office buying opportunities here despite lower yields than before. Singapore remains one of the favourite capital market destinations in the Asia-Pacific, given its overall stability."

Gaw Capital, the party in exclusive due diligence for Twenty Anson, was set up by brothers Goodwin and Kenneth Gaw. The group has raised equity of US$18.5 billion since its inception in 2005 and has assets of US$32.5 billion under management as of Q2 2021, based on information on its website.

If Gaw Capital proceeds to enter into a deal to buy Twenty Anson, this would mark its fifth property acquisition in Singapore. Its maiden property purchase here, in 2015, was the former Big Hotel in the Middle Road/Bencoolen Street locale; the property has been refurbished and rebranded as Hotel G Singapore.

In 2017, Gaw Capital acquired PoMo, an office and retail property in Selegie Road; Allianz Real Estate also participated in that acquisition. The asset has been revamped to GR.ID, a mixed-use property in the Bugis arts and cultural district.

In early 2019, Gaw Capital purchased Robinson 77, a 35-storey office property once known as SIA Building. Later in the same year, Allianz Real Estate partnered Gaw Capital in the nearly S$1.6 billion purchase of the office and retail space of the Duo complex in the Beach Road/Ophir Road area from M+S Pte Ltd.