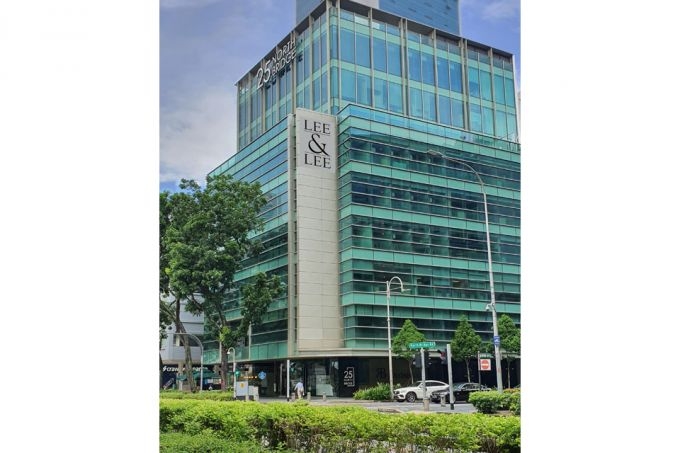 LAW firm Lee & Lee is relocating from Singapore Land Tower in the Raffles Place financial district to the former EFG Bank Building at the corner of North Bridge Road and High Street.

Lee & Lee has signed a lease for about 30,000 sq ft on levels four to seven of the nine-storey building, now known as 25 NorthBridge, with a right of first refusal for more space when available. The building, which has a total lettable area of 77,835 sq ft, is opposite The Treasury and faces Parliament House.

The firm will be moving to the new premises in October, ahead of the expiry of its lease in December at SingLand Tower, where it occupies slightly more than 30,000 sq ft.

Lee & Lee's head of litigation and dispute resolution, Quek Mong Hua, told BT that the firm has a very good relationship with Singapore Land Group, the owner of the 47-storey SingLand Tower. "We would have renewed our lease at SingLand Tower, except for their refurbishing plans; that caused some of our partners to feel uncomfortable about working in a building undergoing major renovation works anticipated to last about two years."

Works started this year. When contacted, a spokesperson for Singapore Land said the works are expected to be completed around end-2023.

Said Mr Quek, who is also a senior partner at Lee & Lee: "We have been in the building for a decade and prior to that, we were at the former UIC Building in Shenton Way, also owned by the same group." (In April, United Industrial Corporation or UIC was renamed Singapore Land Group.)

When asked if moving out of Raffles Place to the North Bridge Road/High Street locale would be seen as relocating to an inferior area, Mr Quek said: "Definitely not. We are moving to a building and a location that suits our strategic needs. For one, it is so near the Supreme Court Building."

Lee & Lee's new home will also be within walking distance of City Hall MRT station. Funan and Boat Quay are also nearby, providing F&B and other amenities. "We are not moving out of the city."

"Moreover, it will also be wonderful for our staff to jog or walk along the Singapore River in the evenings."

Another strong plus factor of the new premises is the contiguous space with an existing internal staircase linking the four levels that Lee & Lee has leased. "This is a more efficient arrangement as we can walk up or down to meet our colleagues from different departments. We don't have to wait for the lift."

At SingLand Tower, the firm is on levels six, seven and part of the 36th floor.

Moving into a fresh location will also provide the firm with a clean slate to experiment with a hybrid working environment.

Currently its lawyers have their own individual private working rooms.

In the new premises, a lawyer will still have a designated private room but it will not be for exclusive use; on the days when he or she is working from home, the room will be occupied by another lawyer.

"This will enable us to optimise the use of the rooms."

The firm's support and administrative staff will continue to be seated in a designated work space, as working at the office will remain the default for them. "But we can make exceptions as we go along ... We are experimenting, evolving," said Mr Quek.

Even if Lee & Lee had remained at SingLand Tower, it would probably want to go in the direction of a hybrid work model, he added. "We've got to move with the times, adjust to the post-Covid new normal.

"In moving to the hybrid office concept, we believe we will enhance our staff's work-life balance."

Lee & Lee's lease at 25 NorthBridge will be for a period of more than 10 years, said Mr Quek.

The firm's signage will be put up on the building, which is owned by a unit of RB Capital. The property was developed on the former Satnam House and Amar-raj House sites.

"We welcome Lee & Lee to 25 NorthBridge, to add to the gentrification of the Civic District, which has seen the completion of landmark projects including National Gallery and the new Funan in recent years," he said.

After the building was completed in 2009, EFG Bank occupied 52,000 sq ft, from the basement to the seventh floor. Towards the end, it reduced its space to 38,558 sq ft on levels three to seven. The bank relocated to 79 Robinson Road last year.