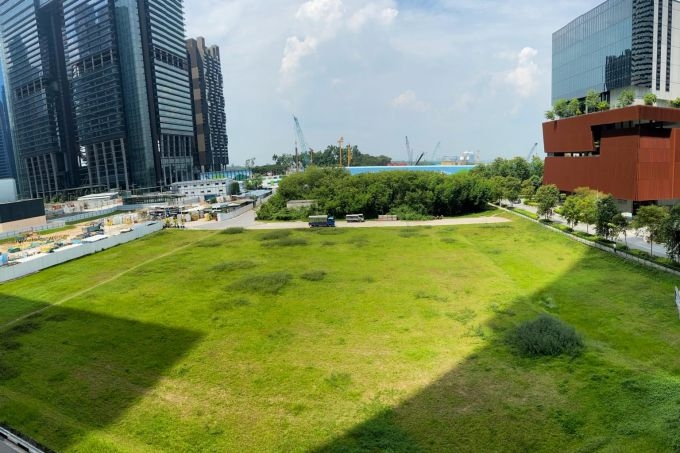 MARKET watchers were mostly surprised with the outcome of Tuesday's tender closing for a white site along Marina View earmarked largely for private residences and hotel use.

The plot, which was triggered earlier from the government's reserve list, drew just one bid at tender.

And the sole bid - S$1.508 billion or S$1,379 per square foot per plot ratio - from a wholly-owned unit of IOI Properties Group was just S$101 more than the price at which the group successfully applied for the site to be released from the reserve list of the first-half 2021 Government Land Sales Programme.

Explaining the lower-than-expected number of bids as well as bid price, the head honcho of a listed property and hotel group said: "There is generally low-risk appetite for hotel development as the hospitality sector is still affected by Covid and more so in Singapore where demand for hotel rooms is very much dependent on international travel, which has yet to resume in a significant way."

In similar vein, JLL Asia-Pacific's head of transaction advisory services for hotels and hospitality, Calvin Li, said: "The limited number of tenderers suggests that most investors continue to be cautious around the large minimum requirement for a hotel..."

In an earlier release, the Urban Redevelopment Authority (URA) had estimated the project's private housing units at 905 and hotel rooms at 540.

"Sentiments in the residential market are positive and prices on the uptrend," said JLL senior director Ong Teck Hui.

Nicholas Mak, head of research and consultancy at ERA Realty Network, says: "That said, for the project as a whole including the residential component, the huge construction costs as well as major uncertainty due to supply-chain disruptions caused by the pandemic and manpower shortages would raise the risk profile of this project."

Analysts say that despite being hungry for land, most developers may have been put off by the huge total development cost which a veteran developer estimates at S$2.3 billion. 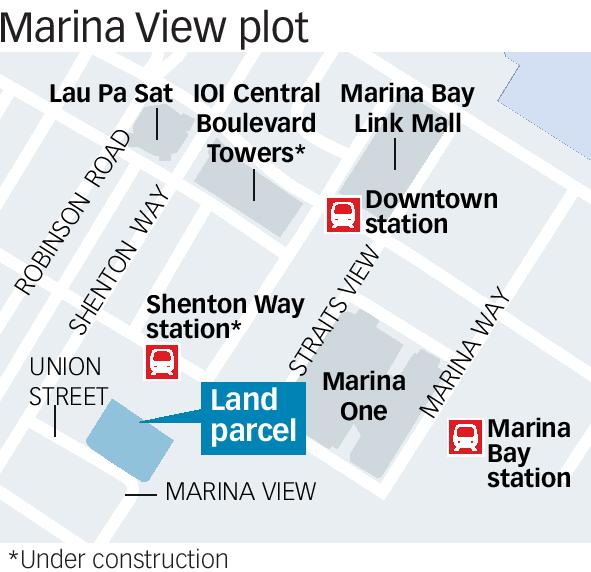 Moreover, says Mr Mak, the development period for the Marina View site is likely to be longer than usual. The URA has stipulated a seven-year project completion period - compared with the usual five years for a typical residential project.

"The longer the development period, the higher the risk. Some developers may be saving their bullets for other land tenders," said Mr Mak.

Most of the property industry folks The Business Times spoke to expect the URA to award the Marina View site to IOI Properties as the government had announced in June that the minimum price of S$1.508 billion that the successful applicant committed to bid for the reserve-list plot was acceptable to the state.

Expressing a contrarian view, Huttons Asia chief executive Mark Yip noted the bid price appears to be on the low side and "may be viewed as opportunistic by the government".

"Furthermore there is no other bidder for the site and that gives another reason for the government not to award the site".

Market watchers highlight that in recent times there has been at least one occasion when the URA awarded a plot to the sole bidder. The tender for a residential with commercial at first storey site in Silat Avenue closed on April 26, 2018, with just one bid, at S$1,138 psf ppr, from a consortium comprising UOL, UIC and Kheng Leong Company.

The confirmed-list plot was awarded three weeks later, on May 17. In late 2008, a hotel plot in Kallang Road/Jellicoe Road triggered from the reserve list was also awarded to its sole bidder.

IOI Properties is no stranger to the Marina View area. It is developing a predominantly office project on another white site nearby, along Central Boulevard, that it bought at a state tender in late 2016 for S$2.57 billion or S$1,689 psf ppr. In a way, having a hotel and residential project nearby could complement its Central Boulevard office exposure.