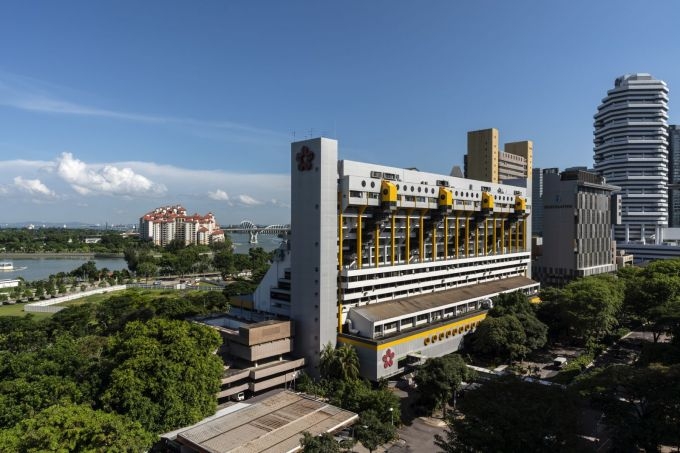 GOLDEN Mile Complex has been put up for sale in its second collective sale attempt at a reserve price of S$800 million, said sole marketing agent Edmund Tie & Company on Tuesday (Nov 30).

The last sale attempt of the property - gazetted as a conserved building by the Urban Redevelopment Authority (URA) on Oct 22, 2021 - had ended in July 2019, with the 2 tenders in the first round of the collective sale exercise closing with no bids.

The reserve price for the sale remains the same as its previous attempt. Depending on the proposed mix of uses, the indicative land rate will work out to S$1,350 per square foot (psf) per plot ratio, including differential and lease upgrading premiums.

As Golden Mile Complex is zoned for commercial use under the URA's Master Plan 2019, buyers of the collective sale site do not need to pay an additional buyer's stamp duty and there is no restriction on foreign ownership.

Golden Mile Complex was gazetted for its historical and architectural significance, making it the first modern, large-scale, strata-titled development to be conserved in Singapore. To attract potential buyers, the URA laid out a range of conservation incentives unique to the property.

These include a bonus floor area equivalent to a one-third increase over its existing development intensity, a full tax waiver for the conserved floor area and a partial tax waiver for the new floor area, options to adjust the site boundary and alienate part of an adjoining state land to allow more design flexibility, lease renewal to a fresh 99 years lease, and flexibility in the mix of commercial, residential and hotel uses.

The property, sitting on a land area of around 1.3 hectares, is a 16-storey building with a basement level accommodating shops, offices and apartments. It currently has a gross floor area (GFA) of 56,000 square metres (sq m), comprising 718 strata-titled units.

With the bonus floor area and alienation of the adjoining state land, the site has a maximum GFA of around 81,000 sq m, with the option to build a new tower of about 30-storeys beside the main building.

Swee Shou Fern, executive director of investment advisory at Edmund Tie, noted that the conservation incentives are not only "a sweetener" for developers, but they also offer flexibility in the use mix and design.

Swee said: "Taken together, this is a well-balanced package which will incentivise developers to seize this once-in-a-lifetime opportunity to leverage on an existing architectural icon and take it to greater heights."

Edmund Tie had noted that the building, constructed in the architectural style called brutalism, is "a visionary architectural masterpiece and is seen as an icon of national pride".

Besides the conservation incentives, the current tender will also include a building study conducted by URA, which serves as a guide to bidders to factor in rehabilitation works.

By Natalie Choy, Business Times / 02-Dec-2021 CDL plans to redevelop all the sites into a mixed-use development with commercial, hospitality and serviced apartment components. Read More

By Kalpana Rashiwala, Business Times / 02-Dec-2021 The Business Times understands that a seasoned Singaporean property investor has made at least 3 such flips this year. Read More

By Tan Nai Lun, Business Times / 30-Nov-2021 The site has a maximum GFA of around 81,000 sq m, with the option to build a new tower of about 30-storeys beside the main building Read More