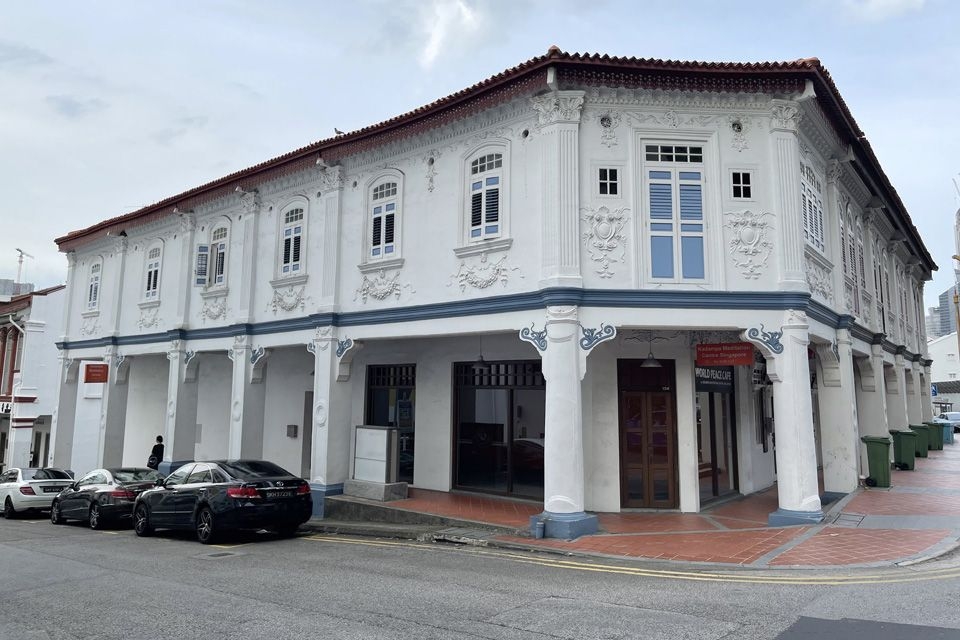 THE buzz in the Singapore shophouse market continues this year, and among the latest deals is a freehold conservation shophouse at the corner of Neil and Bukit Pasoh roads being bought by some members of the family that owns Spring Court Restaurant.

The vacant unit, which is changing hands for S$12.93 million, is approved for restaurant use on both levels, said Mike Ho, director of Spring Court Restaurant when approached by The Business Times.

Standing on a 1,985 square foot (sq ft) site opposite the Pinnacle@Duxton, the property has a built-up area of about 3,700 sq ft.

"We are considering adding an attic, which would take the total built-up area to slightly above 4,000 sq ft.

"At the moment, we are inclined to rent out the entire property. But we do not discount the possibility of opening an F&B outlet, including under the Spring Court brand, in this shophouse," said Mr Ho.

The purchase of the Bukit Pasoh shophouse is being made via a Singapore-incorporated company owned by Mr Ho and his two sisters.

Their mother, Soon Puay Keow, is the managing director of Spring Court Restaurant.

Mr Ho is a seasoned shophouse investor, with properties in the Chinatown and city areas.

The family is picking up the Bukit Pasoh property from a veteran property investor.

Another recent deal is 1 Teck Lim Road, which went for S$22.28 million. The freehold property, on a land area of 1,976 sq ft, is being bought by a company that is fully owned by Jenny Lee, who also controls Breezeway Development.

Over at Tank Road near the Mohamed Sultan area, Oxley Holdings' deputy chief executive, Eric Low See Ching, is understood to be paying nearly S$11.2 million for a shophouse with a freehold land area of 2,323 sq ft.

Clemence Lee, senior director of capital markets for Singapore at CBRE, said: "We believe that prime shophouses, particularly those in the CBD, will still continue to garner strong interest and prices will continue to hold. This is because CBD shophouses are still seen as trophy properties and an asset class which... offers stability during economic uncertainty."

That said, Mr Lee highlighted that shophouses in the city fringe/suburbs also have their appeal.

Suburban shophouses are typically more defensive as they cater predominantly to the surrounding neighbourhood. With work from home arrangements, more people are congregating near their residence, driving higher footfall to businesses in these shophouses.

Moreover, city-fringe shophouses tend to have a smaller investment quantum than those in the CBD - and slightly higher yields. "This makes them attractive to high net worth individuals and family offices looking for some diversification within their Singapore real estate portfolios," said Mr Lee.

Krystal Khor, director of boutique property agency Mondania, said some of those who are selling shophouses are looking to reinvest in other locales still within the prime shophouse districts 1 and 2, but which had previously seen low transaction volumes as the units have been tightly held. However, the market is starting to stir on the back of improving sentiment.

"Another profile of sellers comprises the likes of merchants, businessmen, lawyers and architects who have held shophouses for a long time for their office premises - but they are now approaching retirement."

Ms Khor said office leasing activity in conservation shophouses in the CBD area has also been brisk in the past few months.

"Prior to last year's circuit-breaker partial lockdown to stem Covid-19 transmission, some office tenants in shophouses had been relocating to office buildings. But post-circuit breaker, with the Phase 2 reopening of the economy in June, we have been seeing the reverse trend. Some businesses are shrinking their office space and find it makes more sense to lease space in a shophouse where per square foot rents are also more affordable," she said.

"Especially for the smaller tenants, they feel safer, having their own pantry and washroom facilities instead of being in an office building where they would have to share such amenities with multiple tenants on the same level."

By Writer Unknown, Business Times / 27-Jan-2021 Aims Apac Reit said this marks its first acquisition in a "city-fringe location", which has proximity and accessibility to the central business district Read More

Property consultants upbeat about Singapore office market in second half

Singapore's office market will never be the same again