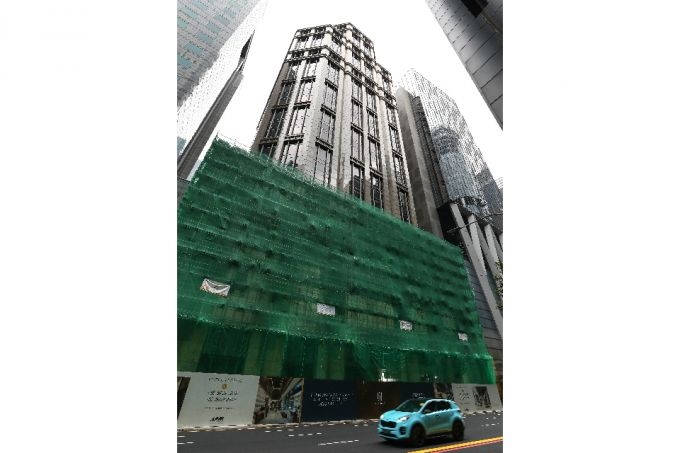 A 20-STOREY office building at 61 Robinson Road that is nearing the completion of a revamp, is changing hands at S$422 million.

A fund managed by ARA Private Funds, part of ARA Asset Management, is selling the property, previously known as Robinson Centre and now known as 61 Robinson.

The buyer is a fund managed by home-grown private-equity fund management group Rivulets Investments, which was set up only in March 2018.

There is potential to further raise the NLA by 4,200-plus sq ft to 146,174 sq ft, primarily when multiple units on the same floor are reconfigured as a single unit. Based on this higher NLA figure, the transacted price would translate to S$2,887 psf.

Savills is thought to have brokered the deal but declined to comment.

Rising Grade A rents, low interest rates and excess liquidity are fuelling office prices which are at an all-time high and set to rise further over the next few years.

BT understands that the ongoing asset enhancement works for 61 Robinson undertaken by the seller is expected to cost in the low to mid-S$30 million range.

The refurbishment, slated to complete next month, includes converting level 5 from a car park to retail space. The double-volume lobby on ground level has also been completely ripped out and redone.

Along with this, the building's mechanical and electrical, and air-conditioning and ventilation systems have been enhanced. The common areas in the building have also been spruced up.

Besides level 5 - which will be positioned as a destination retail offering potentially featuring fitness/wellness services - there is also space for a few F&B outlets on ground level.

At least half of the office space continues to be occupied during the asset enhancement works, said Mr Lian.

Inclusive of new leases signed (but which have yet to commence), the committed occupancy for 61 Robinson's office space is now in the 60-70 per cent range, he added.

Michael Sidaway, executive director and co-founder of Rivulets, said that the latest office lease signing at 61 Robinson, involving another tenant, was at a monthly rental of slightly more than S$11 psf; the deal involves a partial floor.

Rivulets is on target to achieving a net yield of at least 3 per cent on a stabilised basis for the 61 Robinson acquisition, he added.

"We are positive on the outlook for the Singapore office market. We've been receiving enquiries from potential North Asian investors who are keen on Singapore real estate," said Mr Lian.

An experienced broker said: "Since Covid-19, Singapore has become an even more popular investment market for foreign investors, and deals in the pipeline will most likely reaffirm this."